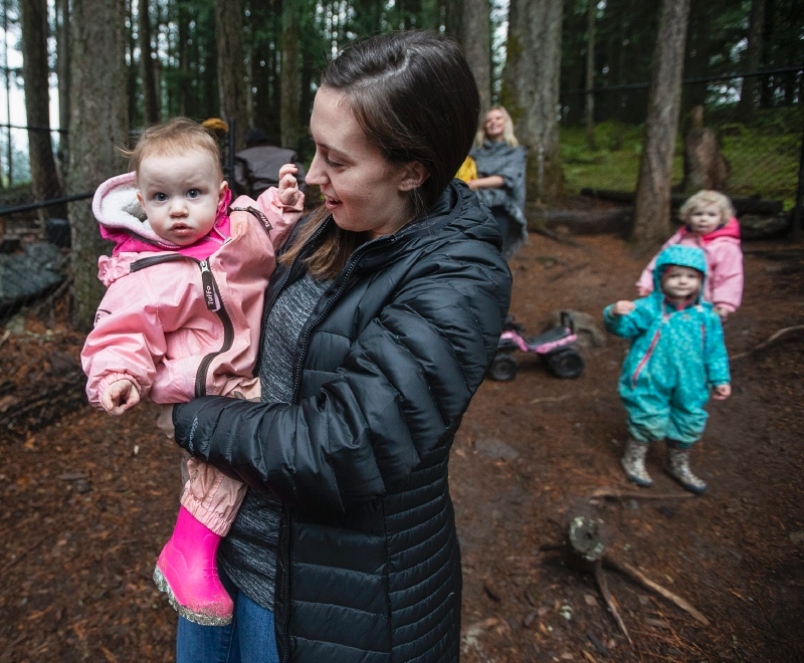 Parents will save thousands of dollars if their children are enrolled in one of 53 child-care centres that will offer $10-a-day daycare as part of a B.C. government pilot project.

The 53 prototype sites, including eight on Vancouver Island, will offer $10-a-day daycare until March 2020 as the government explores the feasibility of one of its key election promises: universal affordable childcare.

Lexie Biegun, who owns Lexie’s Little Bears Child Care in Langford, one of the prototype sites selected by the province, said parents who used to pay $80 a day for infant and toddler care will now pay $10, a savings of $1,400 a month.

Parents at the prototype daycares will pay no more than $200-a-month per child. Biegun said some parents cried when she told them that news.

The provincial and federal governments will spend $60 million to subsidize daycare for the parents of about 2,500 children, Premier John Horgan announced Friday at one of the prototype daycare sites in Vancouver.

Horgan said he has heard from many parents who say their child-care costs are more than their rent or mortgage, which he said is not sustainable for working British Columbians.

On the Island, the $10-a-day prototype sites are:

Robert and Elizabeth Kemp have two kids at the Fernwood centre, four-year-old Edie and seven-year-old Hazel.

“It’s absolutely like winning the lottery,” he said. “I hope [the government] can find a way to roll it out for everyone.”

Kemp said he and his wife, who also have a six-week-old newborn named Bishop, are relieved to not have to choose between paying for daycare, and saving for their retirement and the kids’ college tuition.

As Stephanie Taylor picked up her 15-month-old daughter Mackenzie from Little Bears, she said the grant is “life-changing.”

“For us, we just don’t have to worry about [child-care costs] anymore,” she said.

The daycare started offering the reduced fee as of Nov. 1, and Dicks said parents were overjoyed. “I had one mom who said this made it a real possibility to have another child,” Dicks said. “I had a parent say: ‘Now I can pay all my bills.’ ”

Jackie McMillan, a 30-year-old single mother who works as a nurse in Port Alberni, said there was a time while doing part-time shift work when she was making just as much as she was paying in daycare for her 17-month-old son, Cooper.

“It’s hard to save money, there’s no way to get ahead,” she said. “I was living paycheque to paycheque. Now that it’s only $200, I’m seeing a huge difference.”

The 53 prototype sites were selected out of a pool of 300 that applied this summer, said Katrine Conroy, minister of children and family development.

Priority was given to sites with infant and toddler spaces, but the subsidy was also given to non-profit agencies, private daycare facilities, Indigenous-run daycares and family-run facilities.

The prototype daycares will receive government funding to cover their operational and administration costs.

They then pass on the savings to parents, reducing their fees to a maximum of $200 per month for full-time enrolment during regular hours.

Dicks said the daycare centre did not have to change any of its day-to-day operations or make any concessions to receive the funds. The Alberni Valley Childcare Society and other prototype sites will share their feedback with the B.C. government as it develops its plan for universal daycare across the province.

“I’d love it to be for all families, but this is a great step toward $10-a-day universal child care,” Dicks said.

She said her phone was ringing off the hook Friday with parents wanting to get on the waitlist, which already has more than 100 children. Biegun said she’s applying for a government grant that would allow her to add more childcare spaces.

The government has introduced a new child-care benefit under which families can receive up to $1,250 per child.

There’s also a fee-reduction initiative for licensed child-care providers, which can apply for as much as $350 a month per child-care space to reduce fees.